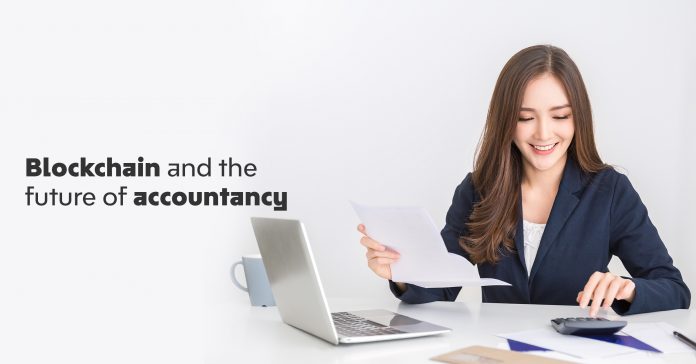 Blockchain Technology that is used to keep track of financial transactions. It is concerned with the transfer of asset ownership and the maintenance of an accurate financial ledger. Accounting is primarily concerned with the measurement and communication of financial data, as well as the analysis of such data. A large part of the profession involves determining or quantifying property rights and duties, as well as for deciding how to effectively distribute financial resources. For accountants, blockchain gives clarity regarding asset ownership and the presence of obligations, as well as the potential for significant efficiency gains.

Blockchain technology has the potential to improve the accounting profession by lowering the expenses of maintaining and reconciling ledgers and giving complete transparency into asset ownership and history. Accounting firms might use blockchain to obtain clarity over their organizations’ available resources and responsibilities, freeing up staff to focus on planning and valuation rather than recordkeeping.

Blockchain, along with other automation developments like machine learning, will lead to an increase in transactional-level accounting — but not by accountants. Instead, effective accountants will analyze the true economic interpretation of blockchain records, connecting the record to economic reality and worth. For example, while blockchain may prove a debtor’s existence, its recoverable value and economic worth remain debatable. Even if the ownership of an item can be verified through blockchain records, its condition, location, and actual value must all be guaranteed.

Blockchain might expand the scope of accounting by removing reconciliations and giving clarity over transaction history, allowing for more areas to be included that are now thought too complex or unreliable to assess, such as the worth of a company’s data.

The blockchain may be used to automate bookkeeping and reconciliation tasks. This might jeopardize accountants’ efforts in certain areas while strengthening those who focus on delivering value elsewhere. For example, in mergers and acquisitions due diligence, dispersed consensus regarding important figures allows for more time focused on judgmental areas and guidance, as well as a speedier overall process.

Blockchain is a peer-to-peer technology that links people or businesses in a direct or peer-to-peer manner. People have been sharing information via the internet for the past 20 years. They’ve sent emails, shared papers, and used social media. Blockchain, as a technology, extends the internet’s interconnectedness one step farther. Blockchain provides consumers with a value-based internet.

Participants may now trade value with one another instead of only exchanging information. Blockchain technology enables both applications (such as decentralised apps or dAPPs) and sophisticated programming, while being most often linked with Bitcoin and other cryptoassets (such as smart contracts). Blockchain allows for the easy and fast completion of a wide variety of transactions and the transfer of rights and property thanks to smart contracts.

Smart contracts may quickly and easily transfer ownership of a car or corporate shares without the involvement of a third party, such as a bank or stockbroker, and with instant settlement. The elimination of “middlemen” by permitting trustworthy peer-to-peer trade is fueling “Web 3.0” and the creation of $2 trillion in wealth in the previous 10 years, according to some.

The essential characteristic of blockchain is that everything recorded on it will be there in perpetuity; the data is immutable and cannot be deleted. The information recorded on the blockchain provides us with a level of transparency that has never been seen before. It means that if Person A owns something and transfers ownership or value to Person B, a record of Person A’s ownership will always exist on the blockchain. It also ensures that the record cannot be tampered with—no one can alter it. Blockchain technology is sometimes referred to as a “trust machine” because of its immutability.

The technology’s decentralised nature is another significant aspect. The information is not owned or controlled by any one person, company, or government. This basically implies that Person A, Person B, and the following person all have a duplicate of their information. In a decentralised system, everyone has access to the same information, and users may choose whether or not to share it. Information will no longer need to be collected and stored in central databases because it will be stored everywhere at the same time and, if wanted, under direct user control rather than the service provider.

The occurrence of information misuse, as well as cyber assaults and hacking, may be decreased, if not fully eradicated, as a result of this shift toward decentralisation.

External auditing can benefit from blockchain technology. If some or all of the transactions that underpin a company’s financial status are available on blockchains, doing confirmations of that status would be less essential. This idea would result in a significant shift in the way audits are conducted.

When paired with proper data analytics, a blockchain system might assist with the transactional level claims needed in an audit, allowing the auditor’s talents to be better focused on higher-level inquiries.

Auditing, for example, involves not just examining the specifics of a transaction, such as who it was between and how much it cost, but also how it was documented and categorized. Is a cash outflow due to the cost of sales or expenditures, paying a creditor, or generating an asset if a transaction credits cash?

These judgmental components frequently necessitate context that is not readily available to the general public but instead necessitate business expertise, and with blockchain in place, the auditor will have more time to focus on these questions.

What role can blockchain play in the profession?

The transition to a financial system that includes a major blockchain component opens up several opportunities for accountants. Accountants are thought to be experts in record keeping, sophisticated rule application, business reasoning, and standard creation. They have the power to shape and influence how blockchain is integrated and utilized in the future, as well as to create blockchain-based products and services.

Blockchain must be developed, standardized, and optimized to become a true component of the financial system. This process will most certainly take several years — bitcoin has already been operational for nine years, and there is still considerable work to be done. There are several blockchain applications and start-ups in this sector, but only a handful have progressed beyond proof of concept or pilot research. Accountants are already taking part in the study, but there is still work to be done. The task of developing blockchain-related regulations and standards will be difficult, but top accounting firms and organizations can help.

Accountants may also serve as advisors to businesses contemplating adopting blockchain technology, advising them on how to balance the costs and benefits of the new system. Accountants’ blend of business and financial knowledge will position them as essential consultants to businesses wanting to capitalize on emerging technology.

The subject of Bitcoin is complicated, and its decentralized structure implies that accountants will have to deal with a variety of regulatory concerns in the future. Moreover, governments are often hesitant to fully embrace financial and monetary developments over which they have little influence. However, due to the widespread and rising usage of cryptocurrencies among businesses of all kinds, accountants must be prepared to interact with customers that invest in or trade bitcoin, and understanding their motives and behavior requires some knowledge of blockchain technology.

Blockchain and smart contract methods will revolutionize the areas of accounting involved with transactional certainty and transferring property rights.

The reduced requirement for reconciliation and dispute resolution, along with improved confidence about rights and responsibilities, will allow for a greater emphasis on how to account for and analyze transactions, as well as an extension of what may be accounted for. Many existing accounting department procedures can be improved using blockchain and other modern technologies like data analytics and machine learning, which would improve the accounting function’s efficiency and value.

The range of abilities represented in accounting will alter as a result of the aforementioned. Some tasks, like reconciliations and provenance assurance, will be decreased or eliminated, while others, such as technology, consulting services, and other value-added activities, will grow. The auditor’s emphasis will alter to effectively audit a firm with significant blockchain-based transactions. There’s no need to double-check the correctness or presence of blockchain transactions with outside sources, but it’s still important to pay attention to how those transactions are recorded and recognized in financial statements, as well as how judgmental aspects like values are determined. In the long run, more and more records may be moved to blockchains, allowing auditors and regulators access to examine transactions in real-time and with confidence about their origin.

Accountants will not be required to be engineers with a thorough understanding of blockchain technology. They will, however, need to know how to advise on blockchain adoption and evaluate how blockchain technology will affect their businesses and clients. They must also be able to function as a link between technologists and business stakeholders, conducting educated interactions with both. Accountants’ knowledge of the fundamental characteristics and blockchain education will need to increase.

How to Clean and Care for Sweaters 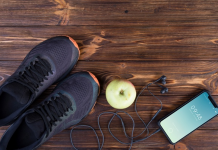 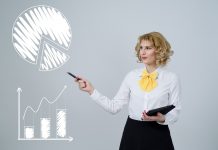