Qaitbay Fort is among the most popular and often visited sites in Alexandria. It also represents the best example of Mamluk military architecture in all of Egypt and is the only one. Visitors to Alexandria are strongly encouraged to see the Qaitbay Fort.The 15th-century defensive fortification known as the Citadel of Qaitbay (also known as the Fort of Qaitbay; Arabic: ) is situated near Alexandria, Egypt, on the Mediterranean Sea coast. It was constructed by Sultan Al-Ashraf Sayf al-Din Qa’it Bay between 1477 and 1479 AD (882 and 884 AH). The Citadel is located at the mouth of Eastern Harbour on the eastern side of Pharos Island’s northern tip.

On the easternmost point of Pharos Island, the Citadel is located near the eastern harbour’s entrance. It was built exactly where the renowned Lighthouse of Alexandria, one of the Seven Wonders of the Ancient World, formerly stood. Up to the Arab invasion, the lighthouse was in operation. After that, a number of tragedies caused some minor changes to the lighthouse’s design, but it was still in use. Ahmed Ibn Tulun was the first to implement restoration (about 880 AD). An earthquake that happened in the 11th century damaged the octagonal portion.The top was constructed into a modest mosque, and the bottom was saved but could only function as a watchtower. A highly severe earthquake occurred in the 14th century, utterly destroying the entire structure.

The Qaitbay Fort’s Origins and History:

The renowned fort was built in 1477 as per a directive from the Mamluk Sultan Al Ashraf Qaitbay. Using the remaining stones from the famous old lighthouse, the fort was built atop its remains.

It was finished in 1479, two years later. Its construction was initiated to defend Alexandria from external dangers, particularly those posed by the Ottomans, who at the time of its construction had a sizable naval force

Ibn Ayas claims that the building of this fort started in the month of Rabi Alawal 882 H. He asserted that the Sultan Qaitbay, along with a few other Mameluke princes, travelled to Alexandria to the site of the ancient lighthouse, and it was during this visit that he gave the order to build the Citade.

The Sultan Qaitbay returned to Alexandria in the month of Shaban 884 H once the structure was finished. He provided the fort with a brave legion of soldiers and a range of weapons. According to Ibn Ayas, he also established a number of waqfs, using the proceeds to pay for construction projects and pay the troops.

Because of its ideal location and all the monarchs who succeeded Qaitbay, the Citadel was maintained in high shape throughout the Mameluke era.

Fortification of the garrison:

The Sultan Qansuh al-Ghuri paid particular attention to the Citadel. He returned frequently, increasing the garrison’s size by providing them with a wide range of equipment. It comprised a huge prison for the princes and statemen the Sultan kept away from him for any reason. Beginning in the year 960 H, Qansuh Al-Ghouri travelled to Alexandria together with other rulers.

Approach of the Ottoman threat:

He watched military drills and manoeuvres using the Citadel of Qaitbay’s available defensive armaments as they were travelling there. He issued a military order prohibiting the removal of weapons from the Citadel and even stated that anyone caught attempting to steal anything from the Citadel would be put to death when he felt the Ottoman danger. Additionally, he had this directive written on a marble slate that was attached to the court door. The text is as follows: b-ismi-ll-hi r-ra-m-ni r-ra-hi-m We pray to God, the Most Gracious and the Most Merciful.

Any member of the tower party who disobeys this (decree) and leaves the tower with something shall be hanged at the tower’s gate and will merit the curse of God, whether they are Mameluke, Slaves, or Zarad Kashia. King Al-Ashraf Abou El-Naser Qansoh El-Ghoury, may God eternalize his rule, made this proclamation. The time is 907 H Rabei Alawal.

After conquering Egypt, even the Ottoman Turks took care of this remarkable Citadel. They utilised it as cover, much as they had done with the Citadel of Saladin in Cairo and the Citadels of Damietta, Rosetta, Al Borollos, and El-Arish. They kept it in good condition and stationed infantry, artillery, a band of musicians, including trumpeters and drummers, masons, and carpenters.

As the Ottoman force dwindled, the Citadel began to lose its strategic value. As a result of the Citadel garrison’s fragility and the superiority of the French modern armaments of the time, it was taken by the French troops in 1798 AD during the French war to Egypt. The French found some crusader weapons there that had been part of an expedition led by Louis IX. It’s possible that these were from the Al Mansurah Battle spoils.

When Muhammad Ali Pasha assumed control of Egypt in 1805, he repaired and rebuilt the ancient Citadel’s outer walls and supplied the fortress with the most advanced weapons of the day, especially the littoral guns. The reign of Mohammed Ali may be regarded as the Citadel’s second heyday.

The Citadel remained a point of interest for Mohammed Ali’s successors up until the Orabi Revolt in 1882. The British fleet bombarded Alexandria on July 11, 1882, severely damaging most of the city, especially the area around the Citadel. The castle was substantially broken during this attack. The north and western façade of the structure was severely damaged by cannon bursts that were fired directly at it. The western facade, which was completely damaged, has large holes in it.

The Ministry of Defense repaired the upper levels of the Citadel in 1904 after they had been abandoned. In order to turn the Citadel into a royal retreat, King Farouk ordered a speedy renovation.

Egyptian Naval Soldiers converted the building into a marine museum following the 1952 revolution. The fort underwent the most extensive restoration in 1984 as a result of the ambitious plans of the Egyptian Antiquities Organization to reconstruct it.

On the western outskirts of Alexandria, Fort Qaitbay is situated in a highly strategic location. Visitors to Alexandria may see the fort practically anywhere along the city’s coastline due to its odd and distinctive architecture and feels prominent.

In Fort Qaitbay, the intriguing features may be seen all throughout. The fort is about 150 and 130 metres in size and is surrounded by water on three sides. The focal point of the entire complex is the main tower or building of Fort Qaitbay.

There are two elements to the defensive walls. Towers for defence and spaces for soldiers to guard it are located within the exterior walls. The barracks for the troops and the weapon storage area are inside the inner walls.

Fort Qaitbay’s three-story main tower is shaped like a semi-square. In essence, this section has four towers with a circular shape at each corner. The oldest mosque and minaret in Alexandria are located in the tower.

Although Luxor and Memphis are worth seeing, Qaitbay Fort isn’t the only interesting spot in Egypt. This is not the end of the list. To learn, read these blogs. 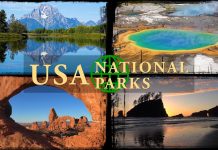 Least crowded National Parks: 15 of the best parks for hiking in solitude 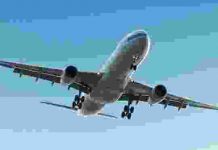 8 Places To Visit In Botswana 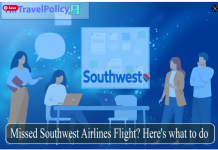 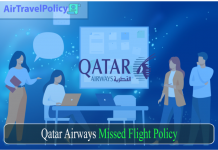 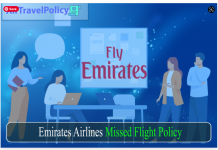