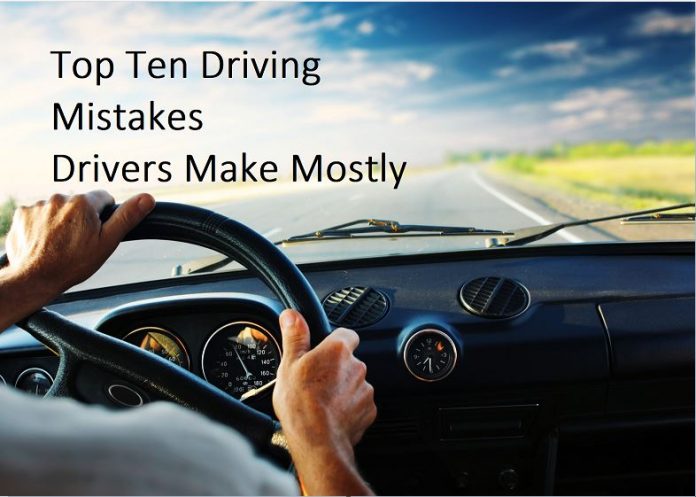 When on the road you would think that everybody has perfected the art of driving and yet we’ve got some obnoxious drivers that never accept their mistake for what for it is. From drivers who have their hands glued to their honks to those who use blinkers absolutely unnecessarily, we have made a list of all the common driving mistakes that drivers make on a daily basis.

One of the worst mistakes that drivers make is stopping their car without notice. This usually happens when the driver suddenly remembers that they forgot something they had to bring or see a good parking spot. Firstly, if you forgot something important then stopping abruptly won’t help you in any way, instead, the car behind you will more likely just run into you. And now you won’t be able to get that important thing you forgot anyway.

Secondly, if you stopped because you just spotted a good parking spot then stopping suddenly when you are far away from that spot would just get you in trouble. Whenever the thought of slamming those brakes suddenly comes to your mind, be aware of the cars behind you. Slow your car down to a low speed then use the indicator to let the car behind you know that you’ll be turning in some direction which will get them out of your way. If you’re a practiced driver and are on the lookout for budget cars then visit our website and get used cars for sale in Kenya for good prices.

Trying To Bypass the Yellow Light:

Speeding through the yellow light seems to be a sport for some drivers. Instead of slowing down, they would try to speed past the yellow light. The majority of the times cars get t-boned is because of the impatience of drivers who couldn’t wait for 90 seconds of their lives.

Drivers need to realize that their impatience can cost them their and other’s lives which can’t be undone. Had they just waited for a minute or so, a big disaster could have been avoided. No matter whatever you’re getting late for, it wouldn’t matter if you aren’t alive or seriously injured. So, be considerate of your well-being and other’s safety as well.

Another mistake drivers make is making hasty turns. You’re driving ahead knowing you have to make a turn at some point so instead of slowing down and changing your lane till you reach the point where you want to make a turn, you just keep driving and then realize that you’re about to miss that turn so in haste you make a wide turn and change multiple lanes at once.

Now, not only will this get you straight into a grievous accident but also put the lives of other drivers at stake. Don’t be that person. The safer approach to making a turn when in a different lane is turning on the indicator of the side you want to turn and then slowly move towards that direction. This way other drivers will know beforehand that you’re about to take a turn and get out of your way.

Forgetting To Turn on The Lights:

The danger that this mistake pose makes me wonder how people are even alive while doing it repeatedly. While on road, drivers have to get this fact ingrained in their minds that their one small mistake can put others and themselves in serious danger. Forgetting to turn on the head and tail lights of your car, especially at night, will camouflage you and not let other drivers know about your presence. When getting in the car make it a habit to always turn the lights first then start the car. After getting off the car turn off the lights first because if you leave them on then your car’s battery will drain. If your car is beyond repair and you’re looking for economical cars then head to our website and get used cars for sale in Kenya for good prices.

Not Adjusting the Seat’s Position:

This may seem like a non-issue and even an ignorable matter. But here’s the deal, sitting too far back that your legs are barely touching the gas or brake, or sitting too close that your legs start cramping up and you feel downright uncomfortable-both situations can make you lose control of the car.

The position of racecar drivers is an example to the drivers out there who struggle with positioning their seats the right way. One should sit in such a way that their legs perfectly reach the car’s controls easily and their hands are reaching the steering wheel without being stretched.

For this to work, you have to sit in your car, move the seat around a bit so as to position it in a way that your back is upright and your hands and legs aren’t cramped or overly stretched. Believe it or not but this does make a difference. If you have been on the road for a long time and you’re too close to the controls that you cramp up and lose control or the alternate situation where you’re sitting too far back that suddenly you lose control, remember that such a small thing such as the adjustments of the seat cost you your life.

Good practices of driving include using your right foot for both gas and brake. There is no reason for a driver to use both their feet for driving. Doing this can sometimes cause amateur drivers to press the brake instead of gas or vice versa. If you’re thinking that this won’t ever happen to me then think again because there can be times when you’re not really focusing and there you would be idling on a green light wondering why your car isn’t moving along with others. Braking unnecessarily can also wear the brakes out after some time.

Turning on high beams on the road where there are street lights and you can see other driver’s head and taillight from a distance is honestly a very uncool thing to do. You’re blinding the drivers and putting them in a dangerous position. When on the road, be very cautious. If there’s absolute pitch black on the road then turn on your high beams but the minute, you’re able to see some kind of light from either a car or a street light then immediately lower down the intensity of those beams. Visit our website and get used cars for sale in Kenya for a good value of money.

As we have discussed before, the perfect etiquette for making a turn is to turn on the indicator of the side you want to make a turn at and then slowly move towards that direction. This way other drivers will know beforehand that you’re about to take a turn and will get out of your way. Also, don’t let the blinker remain turned on for a longer period of time. That is extremely annoying because the driver behind you is anticipating a turn and thus slows down because of it but then you don’t actually do it because the turn is still far ahead. Again, think about others and be considerate.

Lazing Around in The Fast Lane:

Nothing gets on my nerves more than people who decide to go on a slow ride in the fast lane. There is a reason why we have separate lanes for different speeds. If you’re the type of driver who drives slow then move to that lane. When drivers do this, other drivers have no choice but to speed up in slow lanes causing the whole traffic to disrupt. One thing people need to know is that driving is not just about yourself. It is about everybody present on the road from pedestrians to heavy-duty trucks. You driving slow in the fast lane holds everyone up and form an unwarranted traffic jam that could be avoided. Buy used cars for sale in Kenya for a very economical price range.

Not Using the Mirrors:

Driving a car isn’t about putting your foot on the gas, hand on the steering, and eyes just straight ahead. The mirrors in the car are for you to see behind you, right and left side of the car. When on the road you should be able to see in all directions. If you want to overtake a car then look in the rearview mirror to see if a car is behind you or not then look in the side mirrors to see if any vehicle is coming through from either way. After making sure that the road is clear for you then change lanes or make turns. You should be practiced enough to do all of this in a matter of seconds.

Frequently you’ll see an intersection coming up and be so bustling choosing what direction you’re going and what gear you ought to be in, you’ll simply flick your eyes towards your mirrors and back.

WHAT IS ROAD DE-ICING AND ITS AMAZING USES 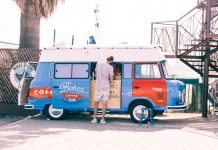 Need To Know About Your Man With A Van | 5 Benefits 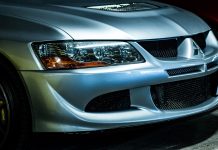