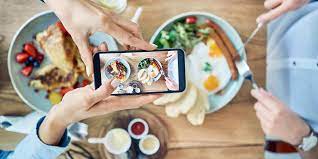 Today’s top brands are using User Generated Content campaigns to increase the effectiveness of their marketing campaigns. All these top brands today turn to their customers to get unique ideas and share them with everyone.

Top brands use content marketing to increase lead generation efforts for a variety of reasons. It’s even more effective than user-generated content that promotes their products.

Are you curious to see how the top brands use user-generated content for their marketing benefits? Here’s a post that will highlight some of the most successful User Generated Content campaigns, which really inspired their communities.

Customers trust each other more than brands. According to several surveys, more than 60% of customers trust comments and photos posted by others than the manufacturer or seller. This shows the importance of user-generated material for companies and brands.

User-Generated content turns loyal customers into advocates for brands to build relationships with different communities about their products and services. User-generated content’s basic concept is that brand partners or customers will be more trustworthy in recommending products to others and helping them make buying decisions.

These statistics encourage companies to build a stronger relationship with clients by leveraging trusted content and encouraging people to look at their competitors’ recommendations.

User-generated content is a great option in today’s social media-driven environment. It can boost brand trustworthiness and increase customer outreach.

Here are some examples of top brands that have had great success with user-generated content campaigns.

Coca-Cola’s marketing department came up with the idea to start a “share a Coke” campaign via , the social and ads channel. It has seen a tremendous response from general customers all over the world within a matter of hours. The Australian first saw this idea in 2011. Coke printed 150 of the most popular and well-known names on its bottles, asking people to share a coke with their loved ones.

Based on each country’s culture, customs and background, the campaign was rotated in different countries. This idea was warmly received by people who began sharing photos of the bottles via social media. The ‘Share a Coke’ campaign became a huge success. It was not only in Australia, but in more than 80 other countries.

They were inspired by Netflix’s original series “Stranger Things” and decided to promote their series using some user generated content (UGC). They use simple hashtags, usually the title of the show, to promote the upcoming premieres of Netflix.

Netflix used the hashtag #StrangerThings2 to promote the upcoming season. Inspiring Instagram users were attracted back to Netflix’s page to learn more about the story. This idea was so entertaining that thousands were enticed to post images of random things from their day, hash-tagging/tagging Netflix’s title. Netflix was able to generate almost 1,000,000 viewers in 2 weeks by using unique UGC that is shared globally.

They realized that they could also make a lot of money from UGC and they shared these campaigns more often. In an Instagram campaign, they shared some influencer content such as ‘Baby Barb. To increase engagements, egg and waffle specialized food item producers such as Eggo used the series title. These UGC were a key part of Netflix’s social media strategy.

Adobe, a leading software company for designing, thought it would be a great idea to run a campaign for artists and talented designers using a Hashtag. The Art Maker Series was created by Adobe. It allowed creative designers to showcase their talents and share their artwork using any Adobe product such as Photoshop, Illustrator, or Photoshop. In a demonstration of fast-paced videos.

Adobe used the shared UGC to promote products/features, user recommendations, and other expert endorsements. Adobe’s design capabilities are showcased with such UGC.

The hashtag #AdobePerspective is used by endowed content creators to share their visionary work with other users. Adobe saw this as an opportunity to interact with other users. Many new users might not be able to see what the UGC look like until they have a chance to experience it. This UGC is a way to show off the incredible capabilities of Adobe products.

Adobe is an excellent example of UGC. Their campaigns are always a highlight for other talented users. They value the culture and integrity of their fraternity. They are able to keep up with the rest of the race, making their UGC seem very real and authentic for the viewers.

Nothing makes a product more compelling and authentic than the testimonials of your customers. Apple quickly realized this when they discovered that users were unhappy with the camera’s ability to take pictures in low light. Apple launched the #ShotOnIphone campaign immediately to restore their trust in iPhone’s camera abilities.

This issue was causing Apple to lose a lot of its fans. This was the urgent issue of gaining back trust from its users. Apple responded quickly and gave this campaign a lot importance. This campaign focused on pro and novice users sharing photos taken in low light with their iPhones.

Apple gained the trust of skeptical users by using User Generated Content. They also saved a lot on development and production costs, as well as the implementation of their marketing strategy. Apple made those users feel special by using their visual content in Apple’s advertising worldwide.

The long-running UGC campaign helped to increase user engagements within Apple’s community. All users felt like they were part of the community. Apple was able to regain its popularity among its users. It was a master plan to make the best use of UGC campaigns, making it part of their core marketing strategy for the past 3 years.

Starbucks invited customers to create some creative doodles on its white cups back in 2014. They launched a Twitter contest under the hashtag #WhiteCupContest. Starbucks announced that the limited edition cup design would be made from the winning cup drawings. The contest generated much interest from customers. It received an overwhelming response within 3 weeks with approximately 4000 cups drawn and sent to Starbucks.

After the success of #WhiteCupContest in 2016, Starbucks created a new contest for its customers. The coffee giant created a #RedCupArt contest using the hashtag. It generated a lot of social media activity on Twitter and Instagram, which has received great feedback from customers.

These UGC campaigns are a great example of how to make huge social media impacts without spending a lot. These contests worked like magic for Starbucks. Starbucks values customer feedback and all the user-generated content it has valued is a testament to that.

These user-generated content campaigns are also a great way to make money.

There are many WordPress plugins available that can make hosting user-generated contents much simpler.

WP User Frontend plugin is the best plugin to use on your WordPress site to encourage User-Generated Content Submissions.

Are You a fan of any other UGC?

User-generated content can increase the credibility and authenticity of your website. UGC can be a great way to promote your products , as people are more likely to trust the UGC than the information provided by brands.

Have you found any other UGC campaigns that were interesting enough to share? Please let us know by commenting below.

Learn how User-Generated Content Campaigns brought immense success to these top 6 brands. Get some inspiring campaign ideas to apply in 2022. 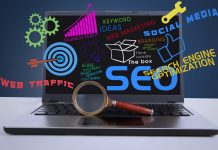 How SEO Services Can Help Your Business Grow Evaluating Your Competitors’ SEO Strength with an SEO Audit 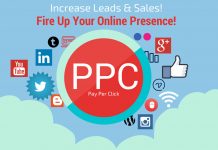 The Benefits of Investing in Professional PPC Services 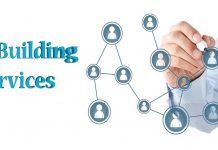 The Benefits of Guest Posting for Link Building 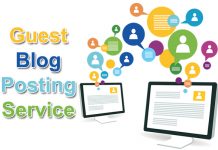 How to Ensure Quality Content When Working with Guest Posting Services