In order to stay protected from contracting the SARS-CoV-2 virus that’s responsible for causing the COVID-19 disease, governments worldwide requested their citizens to follow strict social distancing guidelines and also solicited them to wear face masks at any time that they’d be outside. However, it can be pretty hard for almost any company, no matter its size (small, medium or big companies), to keep track of how well their employees follow those social distancing guidelines. While many businesses find themselves eager to re-open after COVID, their main concern should obviously be the health and safety of their employees. With that said, there’s a new ingenious smart wearable on the market that allows companies and employers to maintain and reinforce this behavior between all of their workers in any working environment. Meet the Visybl SafeTeam.

The Visybl SafeTeam is a Smart Social Distancing Wristband that can be used to continuously monitor separation between workers to ensure social distancing.

With it, businesses all over the world can ultimately have a reliable way of maintaining and reinforcing those social distancing guidelines between all of their several workers during all of their working hours.

To put it simply, the Visybl SafeTeam makes it easier for businesses to ensure health and safety guidelines as well as to avoid any further spread of the virus due to an unsafe distance between its workers (or even its customers) in order to ultimately re-open their establishments without risking a resurgence of the disease.

Now, let’s have a more detailed look at this smart social distancing wristband and check out exactly how the Visybl SafeTeam works as well as see everything that it has to offer you.

The SafeTeam Smart Wristband comes in one single color, which is Full-Black. The wristband itself is made of highly durable and flexible materials that make it quite tough, but also make it perfectly comfortable for all-day wear (even for very manual-intensive jobs).

Featuring a small Adjustment Buckle and a set of adjustment holes just like a wristwatch, the wristband can be adjusted to fit pretty much any wrist size.

Additionally, the wristband itself is also completely waterproof, and thanks to its simple plastic body, it can also be easily sanitized at the end of your day, right after you’re done wearing it.

Lastly, the wristband also comes equipped with a built-in touchscreen. To active the wristband, all you have to do is to press its built-in screen and hold your finger on top of it for a few seconds, which will then light up its single built-in LED Indicator Light with a Blue Color (which indicates that the wristband’s proximity sensors are turned on), and then with a Green Color (which indicates that the wearer has a safety distance from any other SafeTeam Smart Wristband that is potentially close to him/her.

HOW DOES IT WORK?

So, as mentioned earlier, the Visybl SafeTeam is a smart social distancing wristband that can be used by companies to monitor separation between their workers in order to ensure that they all follow the mandatory social distancing guidelines during working hours.

What makes this smart social distancing wristband work so well is its built-in proximity sensors.

As soon as the wristband’s proximity sensors detect another SafeTeam Smart Wristband in proximity to your own wristband, you’ll have both your own unit as well as the other wristband that’s “too close” to yours emitting several Audible and Visual Alerts (respectively represented by short, gentle vibrations and a Red LED Indicator Light) until both SafeTeam Smart Wristband wearers are once again at a safety social distance from one another. 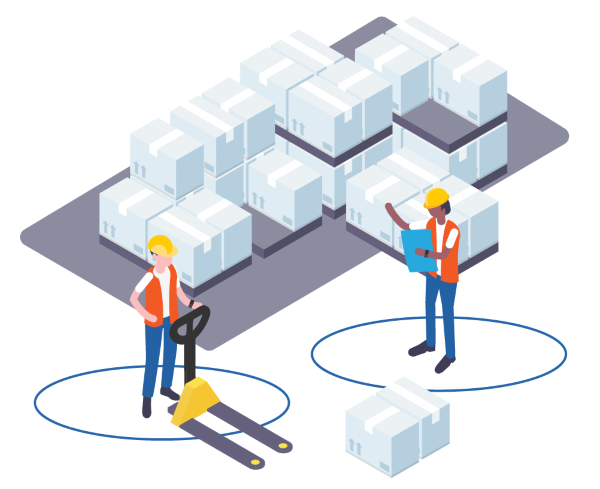 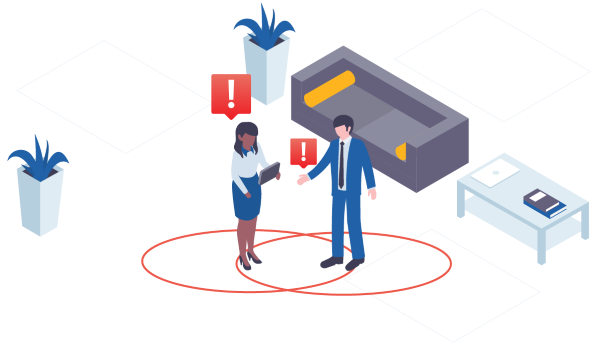 As such, companies can simply pick up a set of these awesome smart social distancing wristbands and distribute them between their workers to monitor and ensure separation between their many employees.

This monitoring process can be conveniently done via the wristband’s proprietary SafeTeam App, which is soon to be released.

But the best part about it is that this smart social distancing wristband works right out of the box, so there’s really nothing to install if you don’t even want to wait for the company to release its upcoming mobile App (which will have free unlimited access for both iOS and Android devices), as the wristband’s Audible and Visual alerts are more than enough to help workers ensure they maintain their social safety distances from one another.

Still, after the wristband’s proprietary SafeTeam App is released, Cloud Reporting will be enabled for companies (or employers) to monitor whether or not their workers / employees are following the mandatory social distancing guidelines that were implemented by many governments across the world.

I’d also like to note that you can get these in packages of four (x4) units, twelve (x12) units, or custom packages that can vary between fifty (x50) to one hundred (x100) units.

Each package will also come with the corresponding amount of USB Chargers (one for each smart social distancing wristband).

As these are smart wearable wristbands that help to ensure workers follow the mandatory social distancing guidelines, each of these wristbands also comes equipped with a small built-in Lithium-Ion rechargeable battery that can offer you approximately to one (x1) week of battery life. 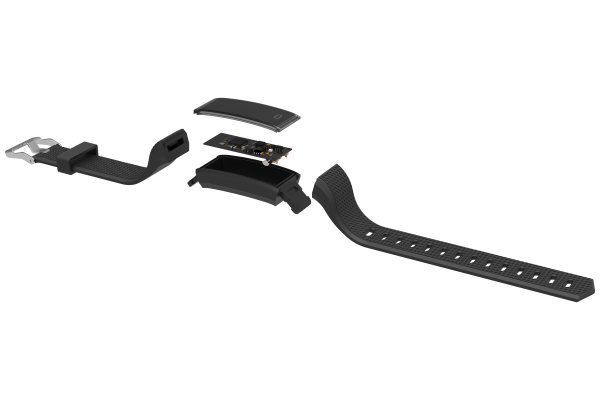 By disconnecting the wristband’s bottom side from its central unit, we can find its built-in Magnetic USB Charging Adapter (as seen in the video below).

The wristband’s battery is also quite easy to recharge thanks to its built-in Magnetic USB Charging Adapter, which can be connected directly into its proprietary USB Charger (check the video embedded below).

In just a few hours, the wristband’s battery power will be back from 0% to 100%.

The Visybl SafeTeam is a Smart Social Distancing Wristband that can be used to continuously monitor separation between workers to ensure social distancing.

With it, businesses all over the world can ultimately have a reliable way of maintaining and reinforcing the mandatory social distancing guidelines requested by gonverments worlwide between all of their workers during any working hours.

If you’re interested in buying it, the four-unit package (x4) is currently going for $195 each, while the twelve-unit package (x12) will cost you exactly $495 per set. For bigger purchases of customizable packages with 50 to 100 units, you’ll have to contact the company via this email address.

Each package also comes accompanied by a 30 Days Refund Period. You can pre-order your preferred package right now by simply clicking any of the provided links, or alternatively, you can order your package(s) directly from Visybl’s official shopping page, which you can access via this link. 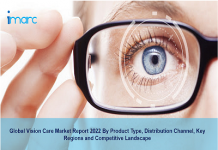 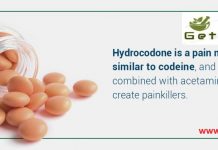 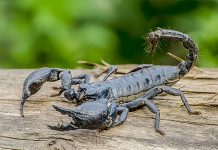 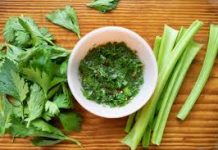 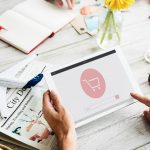