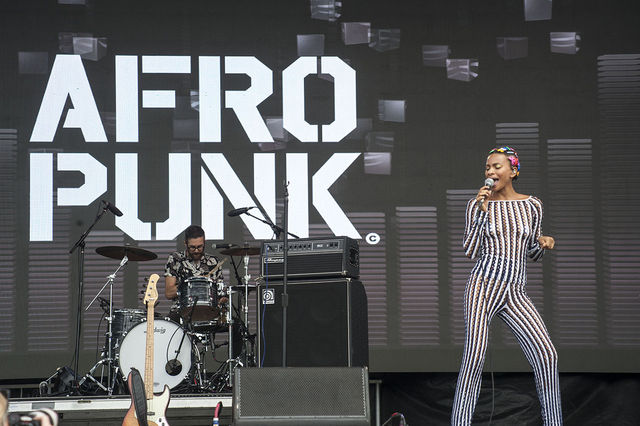 Afropunk’s creators define the movement as:

“Afropunk,” a concept originating from the unacknowledged presence and influence of black people and culture within the predominantly white punk scene and Eurocentric alternative culture, has evolved into distinct, individual culture in and of itself.

The Afropunk Festival is an annual arts festival that includes live music, film, fashion, and art produced by black artists. The festival made its debut at the Brooklyn Academy of Music (BAM) in 2005, and has since expanded to other parts of the world. Originally co-founded by James Spooner and Matthew Morgan, the festival was inspired by Spooner’s 2003 documentary film Afro-Punk, which spotlighted black punks across America and later culminated in a series of live shows entitled “The Liberation Sessions” co-curated by Spooner and Morgan.

The festival originally sought to provide black people an opportunity to build community within the predominantly white punk subculture and to provide a stage for black alternative performers that were not acknowledged in the mainstream and stood outside hip hop, R&B, soul, etc. To attract a wider audience, the festival shifted to include soul music and hip hop, which expanded its target demographic, attracting headliners including Ice Cube, Lauryn Hill, Lenny Kravitz, and Gary Clark, Jr. Musical performers now represent a variety of genres, primarily known to reflect African-American culture. Originally it was a music festival for black people.

For the past 12 years, no other fest has grown richer in its cultural foundation than this one. What debuted on a smaller scale in 2005, now takes over five major cities (nationally and internationally), with talks of additional cities joining the lineup! Now, close to 70,000 attend AFROPUNK Brooklyn to soak up the incredibly eclectic range of live performances and good vibes. Upon entering, you’re fully consumed by the beauty in everyone surrounding you. There are vivid colors and prints, fun hairstyles, offbeat outfits; everything one would expect, so there’s no let down in that area.

Afropunk is a celebration of the alternative arts scene that has blossomed from the underground culture of the African diaspora. The combination of art, music and fashion at Afropunk is rich in African culture yet simultaneously interwoven with the contemporary Afropean and Afro-American experience; this melting pot of influences resulted in a festival that celebrates undeniably stunning visuals and stylistically diverse musical content.

Afropunk festival centres on the sensational music and striking aesthetics of black culture, yet at its core is an ethos of diversity and inclusivity. Dotted around Le Trianon were Afropunk branded banners that endorsed the Afropunk attitude ‘No sexism, No Racism, No Ableism, No Ageism, No Homophobia, No Fatphobia, No Transphobia, No Hatefulness’. The hosts and performers vocalized messages of inclusivity and individual expression throughout the event. These words resonated across the dancefloor like wildfire and bonded the crowd to form a powerful sense of what it means to be a part of the Afropunk community.

Afropunk initially revolved around Black culture within the punk scene, but has evolved into a wider, inclusive festival, shifting to be a multicultural experience.

While remaining immersed in an Afrocentric experience and culture, it is also enjoyed and supported by a wide, diverse audience, brought together by the cohesive philosophy of the festival.

Afropunk is concept, is a philosophy, is an art form, is a festival, is a culture, is a movement; it is an inclusive space, is a diverse community, is an outlet of creative expression for those oppressed minorities that are defined by the label of ‘other’.
It is individuality, is artistry, is creativity, is social consciousness; it is Afropunk, and it is a cultural revolution.

What began as a subculture among African Americans has exploded onto the scene, melding activism, music, and style for those who didn’t quite co-sign with mainstream black culture and fashion. A freelance corporate marketer and former Afropunk intern named Shaunna Randolph is described as being “decked out in a white tank over a pair of skinny patterned jeans, her hair a beautiful cloud of miniature ringlets,” in a recent Racked article. Individual style and taste is everywhere at Afropunk; and if that sounds ironic to you, consider that the festival gets its origins from a feeling of difference inherent to black Americans.

Don’t sleep on Afropunk. It’s a movement and a community of individuals who come together to enjoy and display the beauty of the many types of black and African cultures. It’s where a kid with a faukhawk can headbang but still march in a Black Lives Matter rally.  If you weren’t on Snapchat yesterday, dial in. Today’s the final day of this year’s festival, which promises to be even more electric than when the power went out last night during Ms. Lauryn Hills’s set and everyone in the crowd sang a capella to “Doo-Wop (That Thing).”

Beyond the food, art, and shopping, there’s Battle for the Streets–a 2-day skateboard competition–and above all… the music. The lineup features a heavy amount of Jazz, Soul, Hip Hop, and Funk. From legends like George Clinton and Bad Brains to new artists, Sampha and Nao, fest-goers are exposed to a multitude of sounds. This year, some of the hottest names in the game are showing up. Solange, SZA, Anderson .Paak, Willow Smith, and Dizzee Rascal are just a few of everybody’s favorites, and if anyone embodies the heart of AFROPUNK, it’s them.

AFROPUNK goes beyond being an annual music festival nestled on a spot of grass just south of Flushing Avenue. It’s a celebration of sounds and art. It’s dedication to black people and black culture. It’s props to the authentic and imaginative. It’s a movement for the soul and freedom to be yourself. It is, straight up, one of the most important festivals you will experience all year. 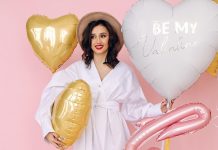 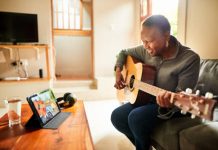 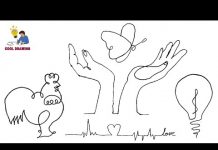 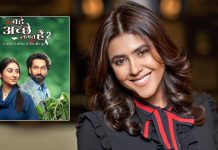 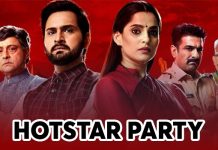 UPDATED – How to Download Hotstar Videos on PC, Android, and iOS 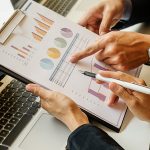